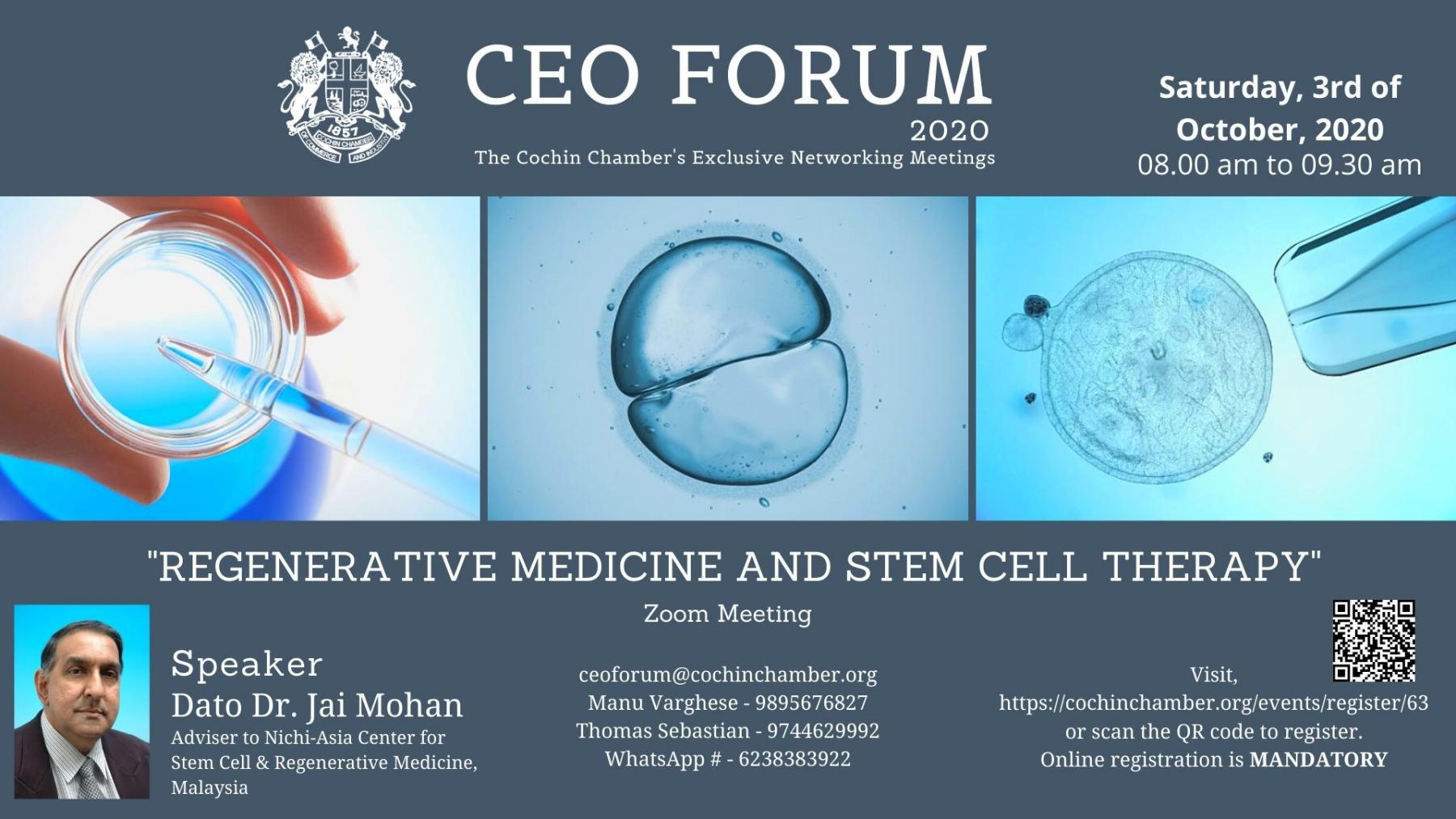 Commencing the meeting Mr. V. Venugopal, President of the Chamber delivered the Welcome Address and introduced Dr. Jai Mohan to the participants.

In the initial part of his address, Dr. Jai Mohan stressed the importance of healthy living, given the increasing fatalities due to lifestyle diseases. He spoke about the increasing prevalence of chronic diseases globally. He quoted the Indian Journal of Palliative Care’s report from the year 2015, which reported that the premature death rate due to chronic diseases had doubled in the last 10 years.

Life style related diseases like, Obesity, Cancer, Diabetes, Asthma and Cardio Vascular diseases contributed to this. He also pointed out that the failure of the Public Health and Medical Care System to address chronic diseases satisfactorily had led to this situation. He also pointed to the economic impact of these chronic diseases in India, which was estimated at a loss of nearly $300 Billion as against $9 Billion back in 2005.

Dr. Jai Mohan addressed the ‘Aging Mechanism’ in the next part of his presentation and clarified some common misconceptions about aging in general. He said that aging is considered an irreversible biological process and characterized by a gradual decline of physiological functions, occurring at molecular, cellular, and tissue levels which leads to aging and eventually driving towards age-related diseases or organ failures such as cardiovascular disease, diabetes, cancer, Alzheimer’s disease, osteoarthritis, etc.

Moving on, he introduced the concept of Stem Cells to the participants. He explained that Stem cells are basically, biological cells that can continue to multiply and become other different specialised cells that are regenerative. He added that Stem Cells are available in our bodies and can continue to produce new healthy cells and maintain their population and act as a repair system. Some of the sources of Stem cells in the human body are Bone Marrow, Dental Pulp, Adipose Tissue, Placenta, the Umbilical Cord etc.

Based on the research and clinical trial reports on Stem cells, treatment on Spinal cord injuries, Diabetes Mellitus. Leukaemia, Baldness, Erectile Dysfunction etc. are some of them. Studies indicate that growing or repair of the liver, kidneys and other organs where the stem cells are already dead are expected to be possible in the future.

Dr. Jai Mohan also addressed the issue of evidence based medicine and the related authorities not accepting stem cell therapy and the effectiveness of this regenerative medicine. He hoped that attitudes would change over time.

The most exciting part of the session was where Dr. Jai Mohan spoke about the emerging phase of Stem Cell Therapy called the Exosome Therapy. The Exosomes, as he explained are substances produced by the cells in our body which have complex genetic materials in themselves. According to him, these exosomes can apparently change the genetic properties in different parts of the body since they move through all body fluids. Several studies on Exosome therapy claim that it can become the future for cancer therapy, lung, kidney, brain and heart diseases.

Following his extremely informative talk, there was a brief discussion wherein the Speaker clarified some queries from the member CEOs who attended the meeting.

The meeting ended with the Vice President of the Chamber, Mr. K Harikumar thanking Dr. Jai Mohan and all the participants.