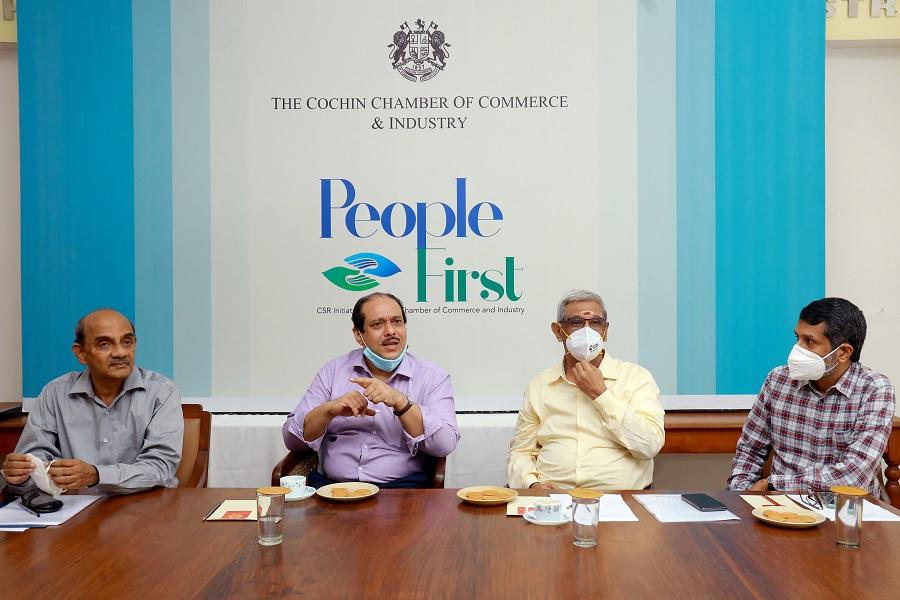 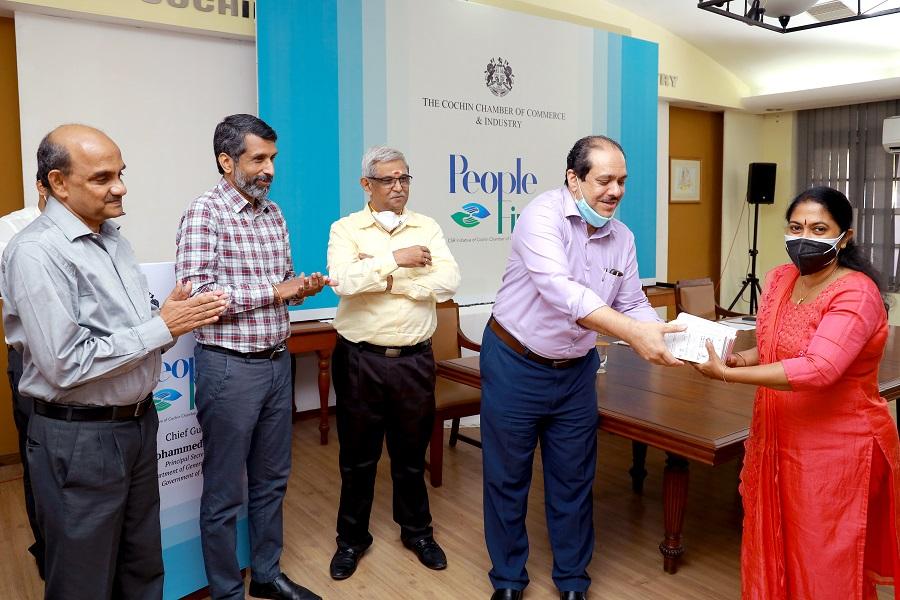 The Chamber's CSR Programme "The People First Initiative" to help the less fortunate in our society was initiated on the 28th of August. Mr. A.P.M. Mohammed Hanish IAS, Principal Secretary - Department of General Education & Industry, Government of Kerala was the Chief Guest. As part of this initiative's first event, we were able to successfully help buy Mobile Phones for educational purposes for 19 Students from various Schools and Colleges. The event was conducted in the Cochin Chamber's Hall following all Covid -19 Protocols. Only a few students were invited to the Chamber to attend the event and for the rest, Mobile Phones were handed over to their respective Teachers and Relatives. Mr. K. Harikumar, President of the Chamber welcomed the Students, Teachers and a few parents and relatives present at the function. He also welcomed Mr. A.P.M. Mohammed Hanish IAS, to the inaugural 1st event of the "People First Initiative" on the 28th of August, 2021. In his opening remarks, he thanked the GAC Shipping the sponsor for the event for contributing to the Chamber's CSR Fund. Mr. Hanish, addressed the students and their representatives encouraging them to study well and the teachers to promote new methods of teaching in order to help students develop their Mathematical and Science Skills. There after, 19 mobile phones were handed over to the respective students and their representatives. Mr. Balagopal Warrier, General Manager - Accounts, GAC Shipping, Cochin, the main sponsor of the event addressed the audience after the phone distribution.The programme concluded with a Vote of Thanks by the Vice-President of the Chamber, Mr. P.M. Veeramani.