Make in Kerala: The Development and Growth of Manufacturing SMEs in Kerala 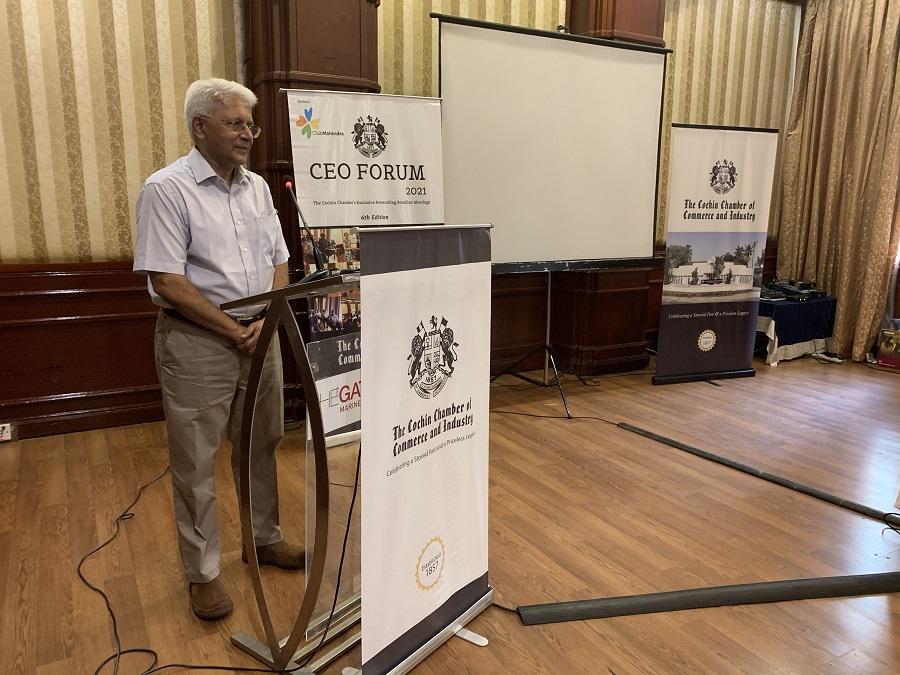 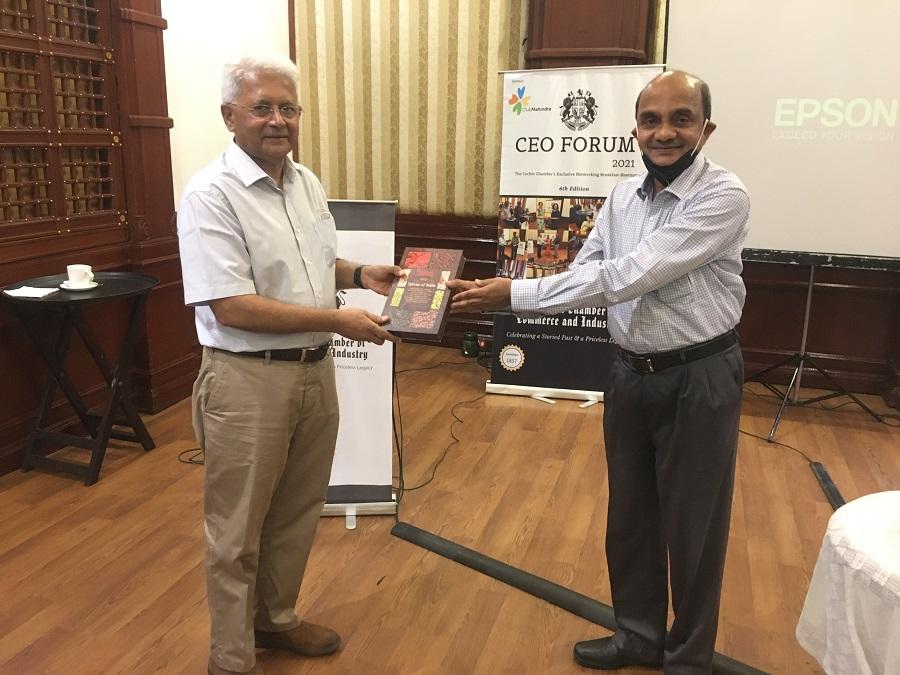 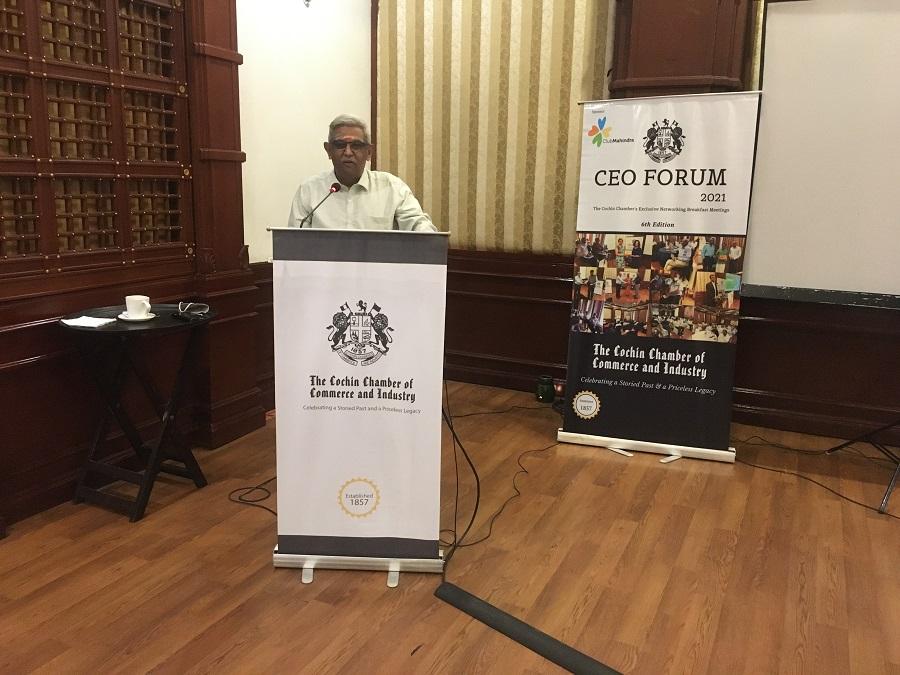 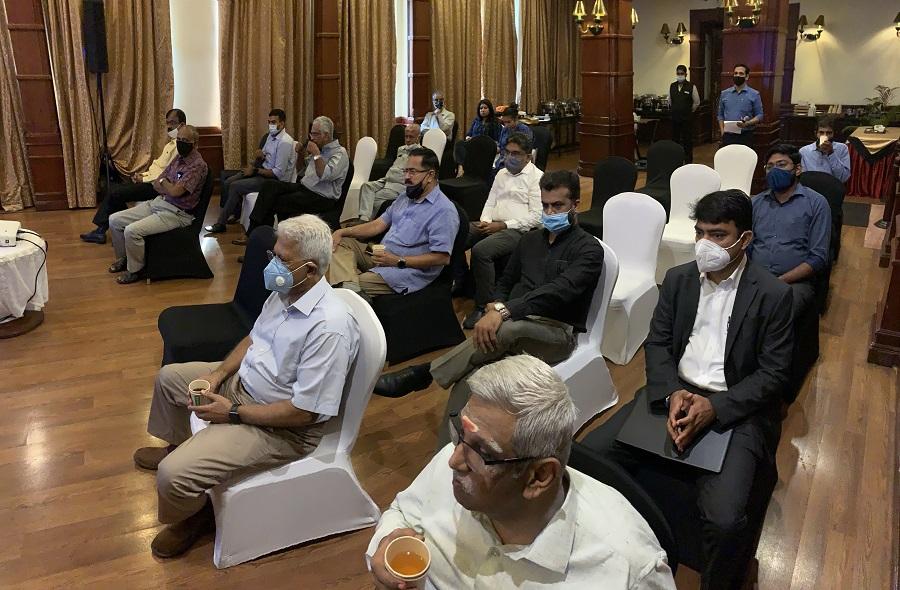 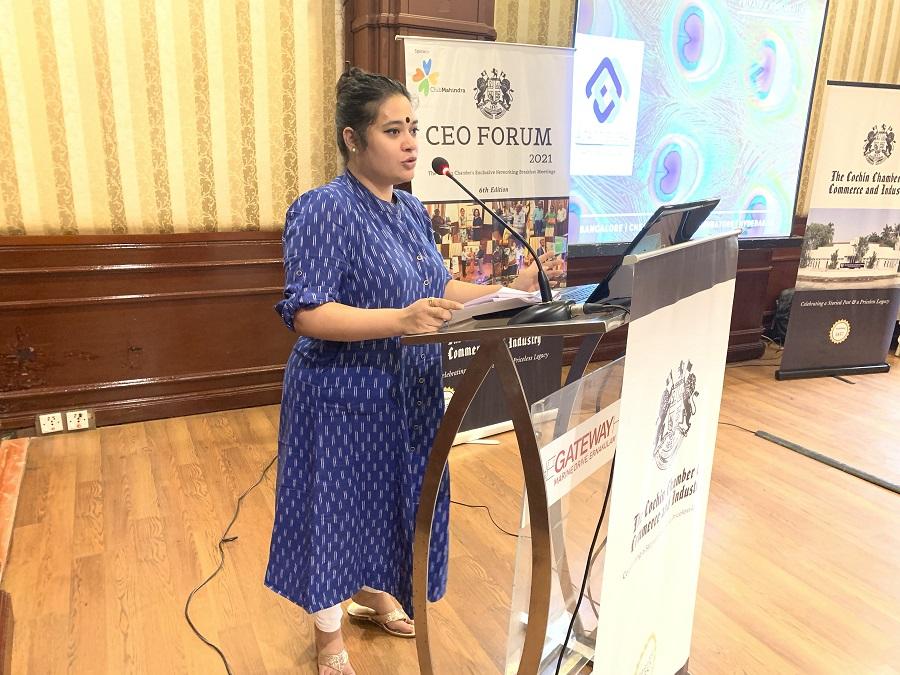 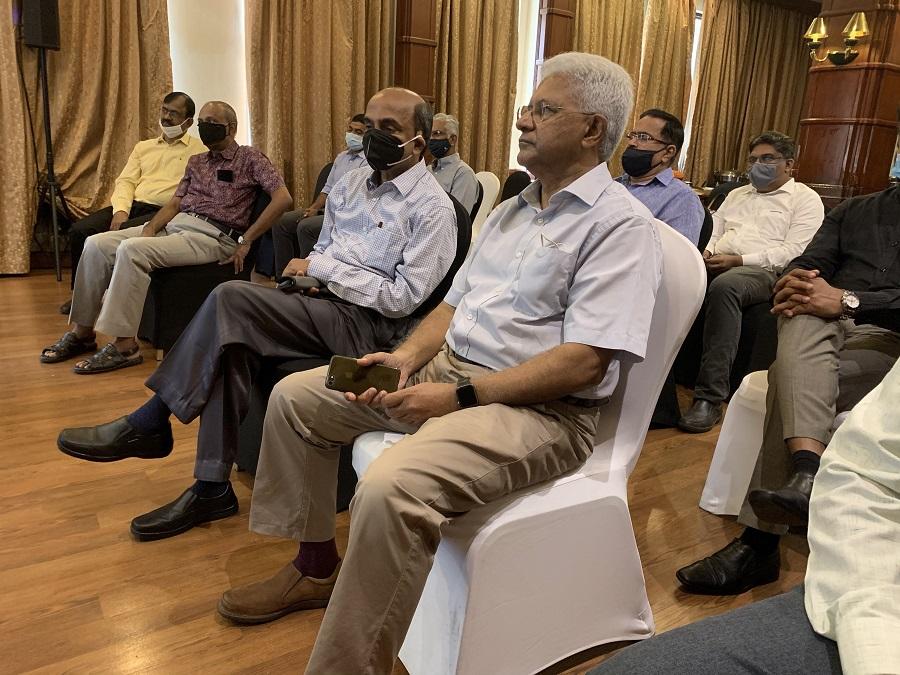 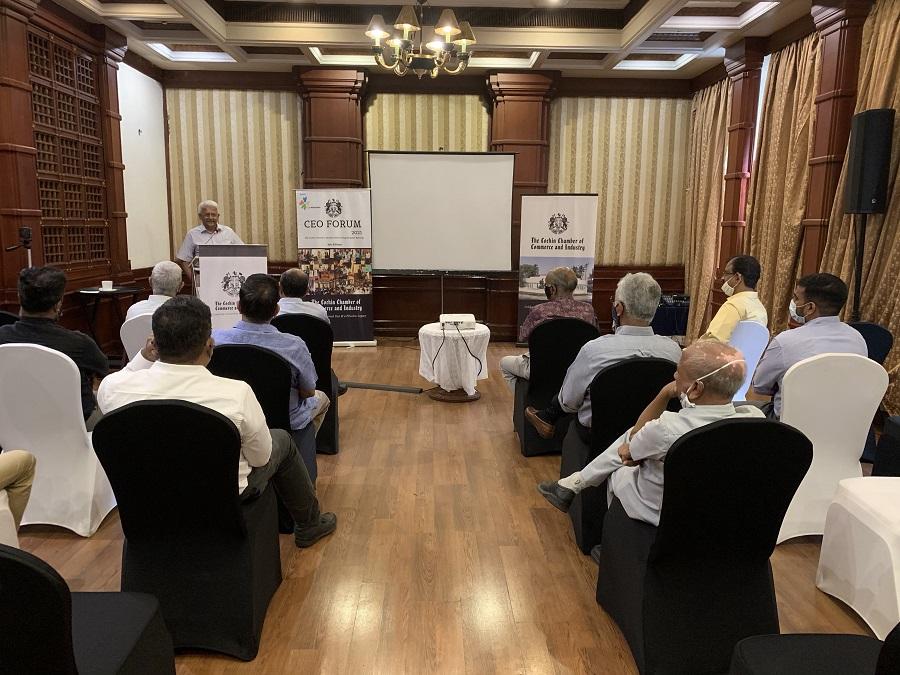 The Inaugural Session of the 6th edition of the CEO FORUM Breakfast Meeting was held on Friday the 9th of April, 2021. Mr. C. Balagopal, Former MD & Founder, Terumo Penpol Ltd, and Independent Director, Federal Bank Ltd. was the Guest Speaker at this Session. The topic for this meeting was, “Make in Kerala – The Development and Growth of Manufacturing SMEs in Kerala.”

Mr. K. Harikumar, President of the Cochin Chamber of Commerce & Industry delivered the Welcome Address and introduced Mr. C. Balagopal to the CEOs of the Forum. In his address he, welcomed all the members of the Chamber and of the CEO Forum to the next edition. He also thanked the sponsor “Club Mahindra” for their support of this edition. Mr. Harikumar also welcomed the participants to invite their CEO friends to join the Forum. He then invited the New Member of the Chamber, Altacit Global, to address the Forum.

Ms. Nayantara Sanyal, Associate Partner of Altacit Global, Cochin, a new member of the Chamber introduced the organization she represents to the meeting. Ms. Sanyal thanked the Chamber for the opportunity and made a presentation about her firm and their activities.

In his opening remarks, he told a story about how a Team from BMW Germany, came to Kerala looking out for possibilities to start their plant here. His story emphasised the positive side of the ease of doing business in Kerala when compared to the other States in the country.

He added a few more stories in line with the dilemma we Keralites have about doing business here and said that while we feel it is difficult to do business in Kerala,probably because of our limited exposure, it is even more difficult it is to do business elsewhere in our country or outside. It is only here that businesses see Trade Union leaders come for discussions with a clear agenda and well prepared. In other states it’s a different situation all together. There the intention is to browbeat and harass the employer into submission. Mr. Balagopal also said, that his statements doesn’t mean that there are no issues in Kerala. He said that practices like Hartals and Nooku Kooli etc are problems to be tackled.

Mr. Balagopal, said that “Kerala is perceived to be a difficult place to do Business especially manufacturing and this perception is based mainly on what is seemed to be militant trade union activity and an unhelpful Government. This is perceived to have led to the untimely demise and migration of many business in Kerala.” He said that these are not wrong perceptions or based on wrong information, but like most issues, the picture is incomplete based on partial information. The image this portrays is red flags and closed industries. This perception can be changed with the right information being put out he said.

There is a structural transformation of the manufacturing sector in Kerala, which was inevitable. Inevitable because most of it was caused by exogenic factors which has nothing to do with the industry, Mr. Balagopal explained. Elaborating his point, he said that the political developments in the State led to the emergence of Trade Unions, which in turn led to the rise in wages and so and so forth. This has brought up the average wage in Kerala to between 30%-40% across the board, in comparison with the rates of the same sectors in any other States in the country.

Wages is one of those things that only keeps going up, it never comes down, and the very rare events when wages comes down are during times of distress, and no business wants to create that. Kerala has been one place which has been truly global even before the word Globalisation came into being, Mr. Balagopal added.

Concluding his address, Mr. Balagopal said on the basis of the evidence of the last 20 years and on the basis of studying 50 companies for a new book he is writing, it appears that Kerala will become a model for the rest of the country to follow and for the rest of the country to realise where they have gone wrong especially in terms of human capital. He also said that, Kerala is the best place/State to do business in India.

Following the Guest Speaker’s speech, Mr. Sabarish S. Head of Corporate Businessm Club Mahindra Holidays, the sponsor for this edition of the CEO FORUM Breakfast Meetings, made a presentation about Club Mahindra, its properties and welcomed all the delegates to their properties.

Mr. P.M. Veeramani, Vice-President of the Cochin Chamber wound up the meeting with a Vote of Thanks.

The session was attended by around 30 CEOs.