Resurgence of Economic Activities - Is it Real and Sustainable? 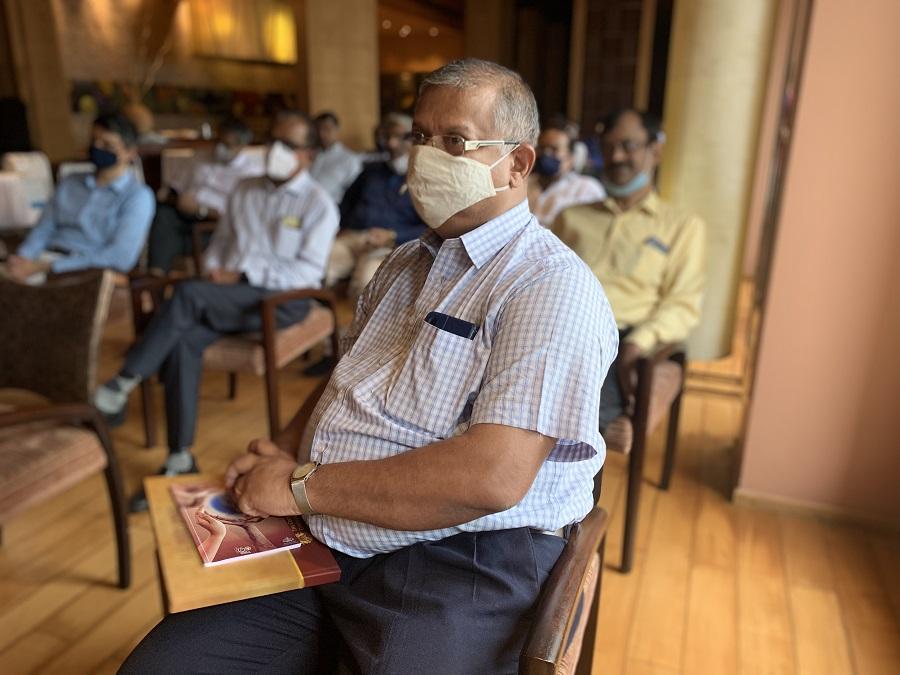 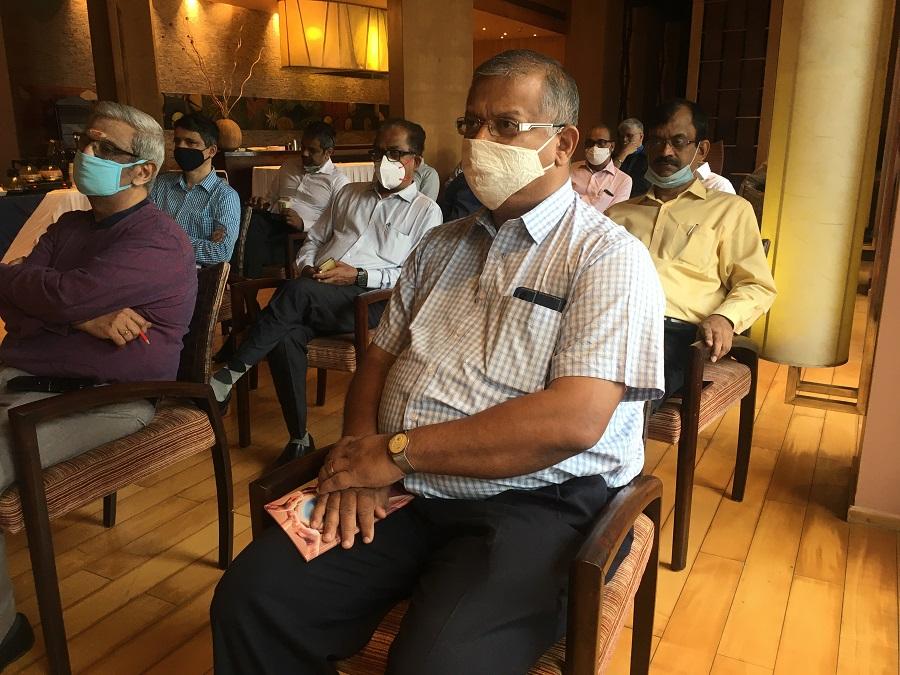 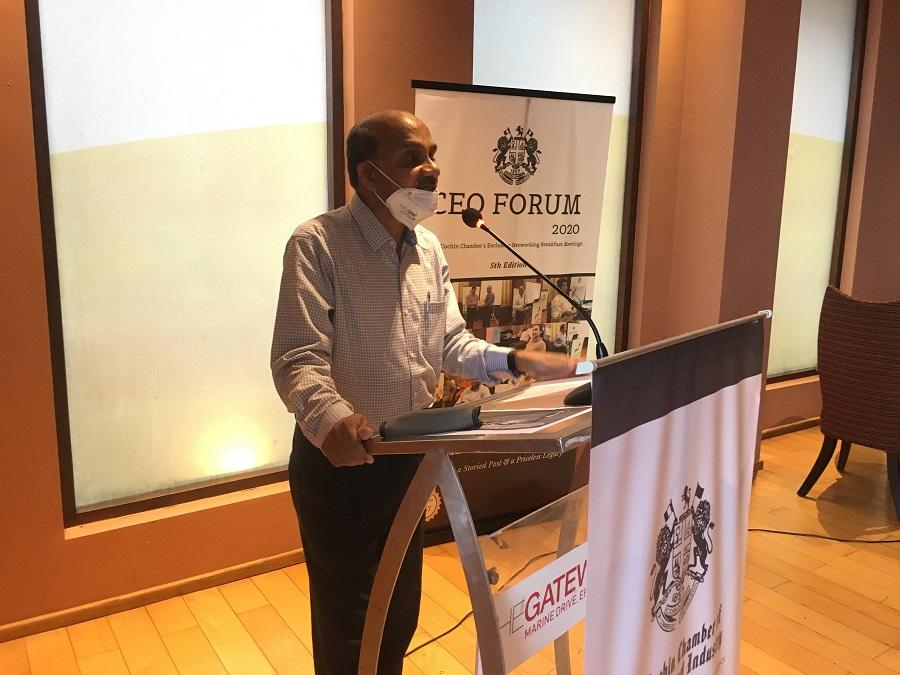 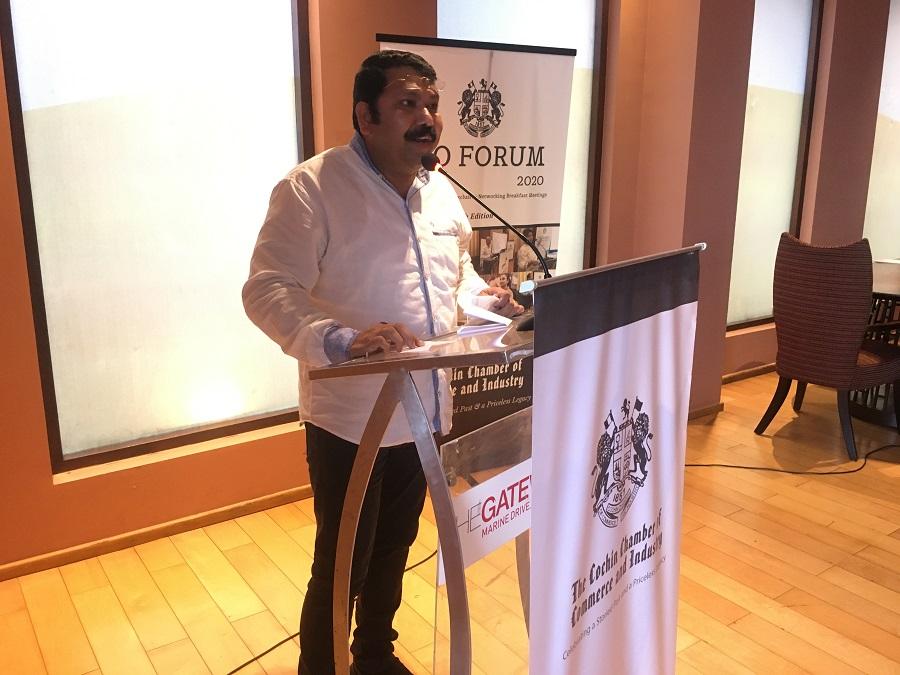 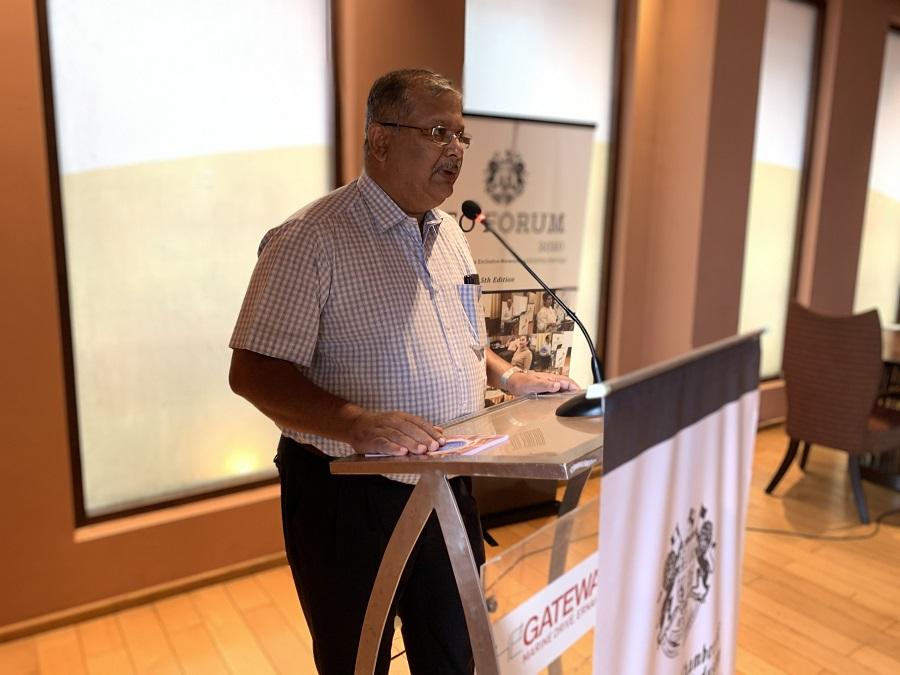 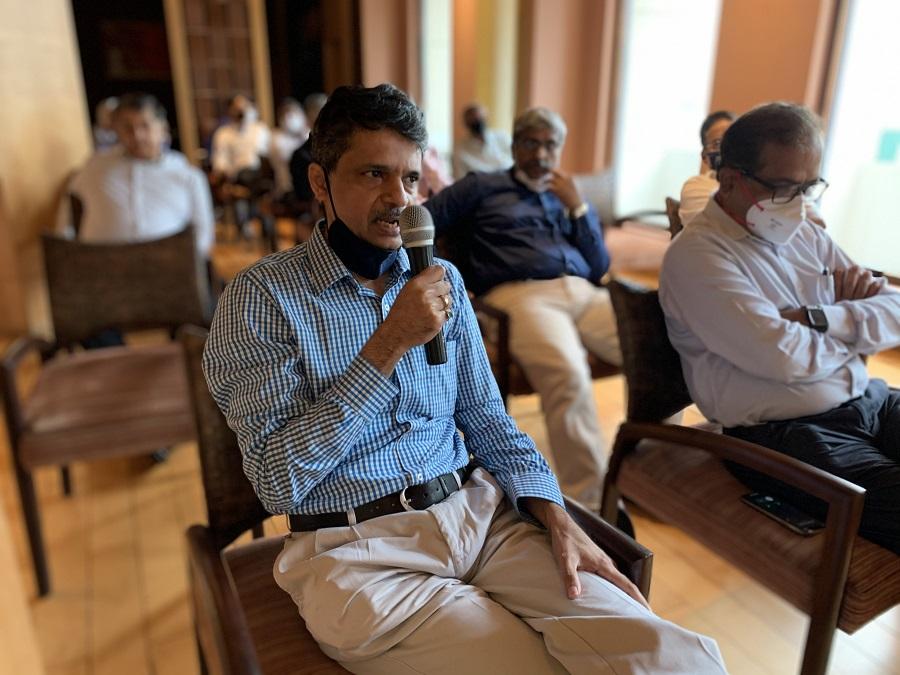 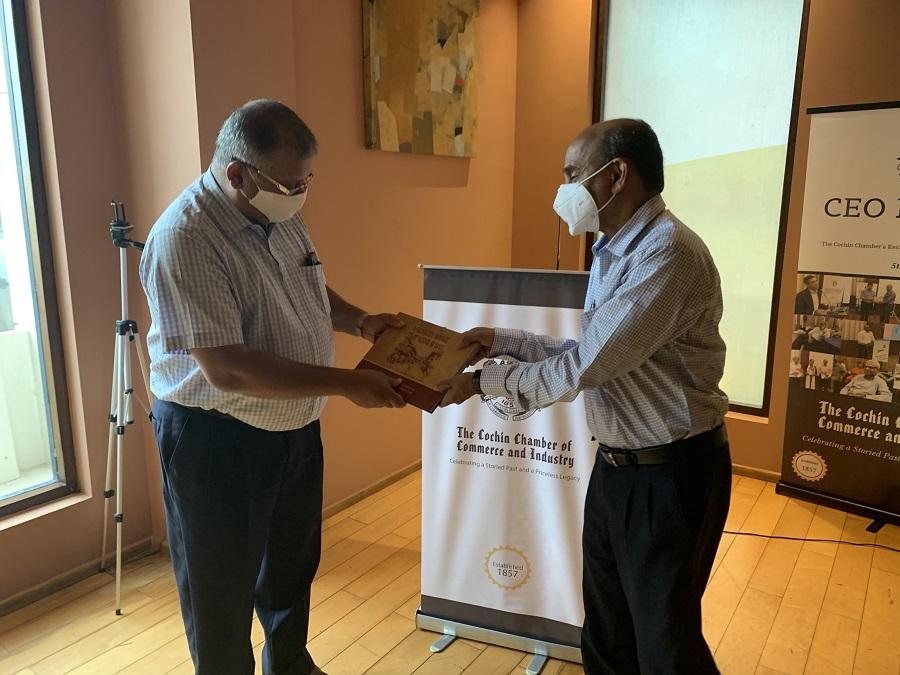 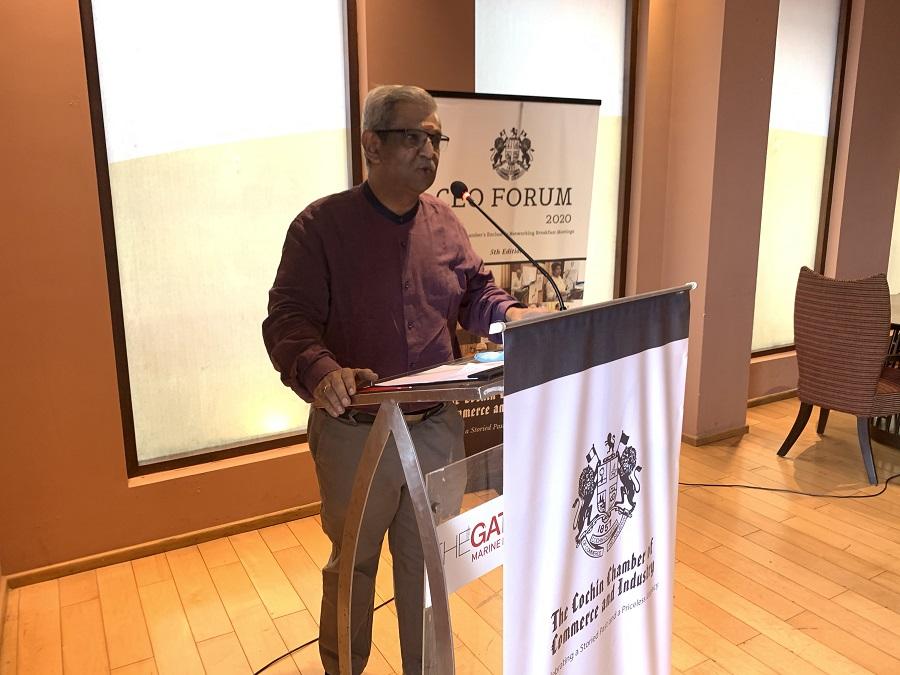 Download Brochure
The Cochin Chamber’s CEO FORUM Breakfast Meeting series, meant for the Business Leaders in Cochin was recommenced on Friday, the 8th of January 2021 after a 10-month break brought about by the restrictions imposed on account of the Corona virus pandemic.
Mr. Paul Antony IAS (Retd.), the Former Chief Secretary of the Government of Kerala was the Speaker at the Session. He spoke on the “Resurgence of Economic Activities – Is it real and sustainable.”
Mr. K. Harikumar, President of the Chamber delivered the Welcome Address and introduced the Speaker. Addressing the meeting the President spoke about the various activities of the Chamber and the representations that the Chamber had sent to the Union Government and the Government of Kerala on the expectations from the Industry in the upcoming Union Budget and the State Budget respectively. He also said that the Chamber had sought the expansion of the Cochin Corporation limits to allow for a more focused approach towards the development of the City.
The President then invited Mr. Joshy Varkey, Director of CML Biotech Ltd. a new Member of the Chamber to address the Forum and speak about the activities of his Organisation.
Mr. Varkey thanked the President for the opportunity and briefly outlined the activities and projects of CML Biotech Ltd., to the participants.
Addressing the Forum Mr. Paul Antony thanked the Chamber for the opportunity given to him to address the Chamber’s CEO Forum. He appreciated the Government for the efforts made to ease the Doing of Business despite the various ongoing restrictions that businesses face because of the pandemic and the resulting lockdown. He said that while the government has been trying to do whatever best is possible, the current positives such as the record Foreign Exchange Reserves of US$ 581 billion the low International Crude Oil prices etc. work to our benefit and need to be taken advantage of. With lower interest rates on loans for businesses being made available India is now being projected as the preferred investment destination of the future. Mr. Antony said that India should stop at nothing to attract investors to the country especially at a time when giant industry is looking to relocate post the pandemic for various reasons. He said that we need to improve the perception that the rest of the world has about India as a preferred investment destination.
Economic activities are on the path of resurgence, but the pace needs to be quickened. He called on the Government to announce incentive measures on a much larger scale, as is being done in other countries, to turn the economy around faster. He also called for relevant and accurate economic data and statistics to be put out in the public domain to substantiate and validate the happenings on the ground and to help investors plan for future investments in India.
Mr. Antony lauded the tremendous progress made by the Agriculture sector, Information Technology, and the Pharma Sector during these testing times. He said that the biggest outcome of the pandemic is that the ‘geography of business’ has changed for ever and today digital technologies and e-commerce platforms have taken precedence in the way we conduct our businesses and our lives.
Speaking about Kerala, Mr. Paul Antony expressed that the challenges being faced by State are rising unemployment and the tremendous blow that the Tourism Sector, which accounts for 10% of the State’s GDP and employs 23% of the people. He also stated that the repatriation of the non-resident Indians, mostly from the Gulf, is a huge challenge that the Government will need to address. Employment generation resulting in improved purchasing power which will fuel consumption is the way forward.
Mr. Paul Antony appreciated the various humane initiatives taken by the Government of Kerala in alleviating the distress caused by the pandemic and the lockdown during 2020. He expressed that positive initiatives only would make economic revival sustainable in the long run.
Concluding the meeting Mr P M Veeramani the Vice President said that while the GST is a reality today many more changes need to be made in the law in order to make GST business friendly. The Vice President also highlighted the fact that the Chamber has taken up the issues like the need for a Retail Policy for Kerala, the need to include contributions to the CMDRF as CSR contributions and also for the need to expand the limits of the Cochin Corporation to enable a more focussed approach for its development with both the Central and State Governments.