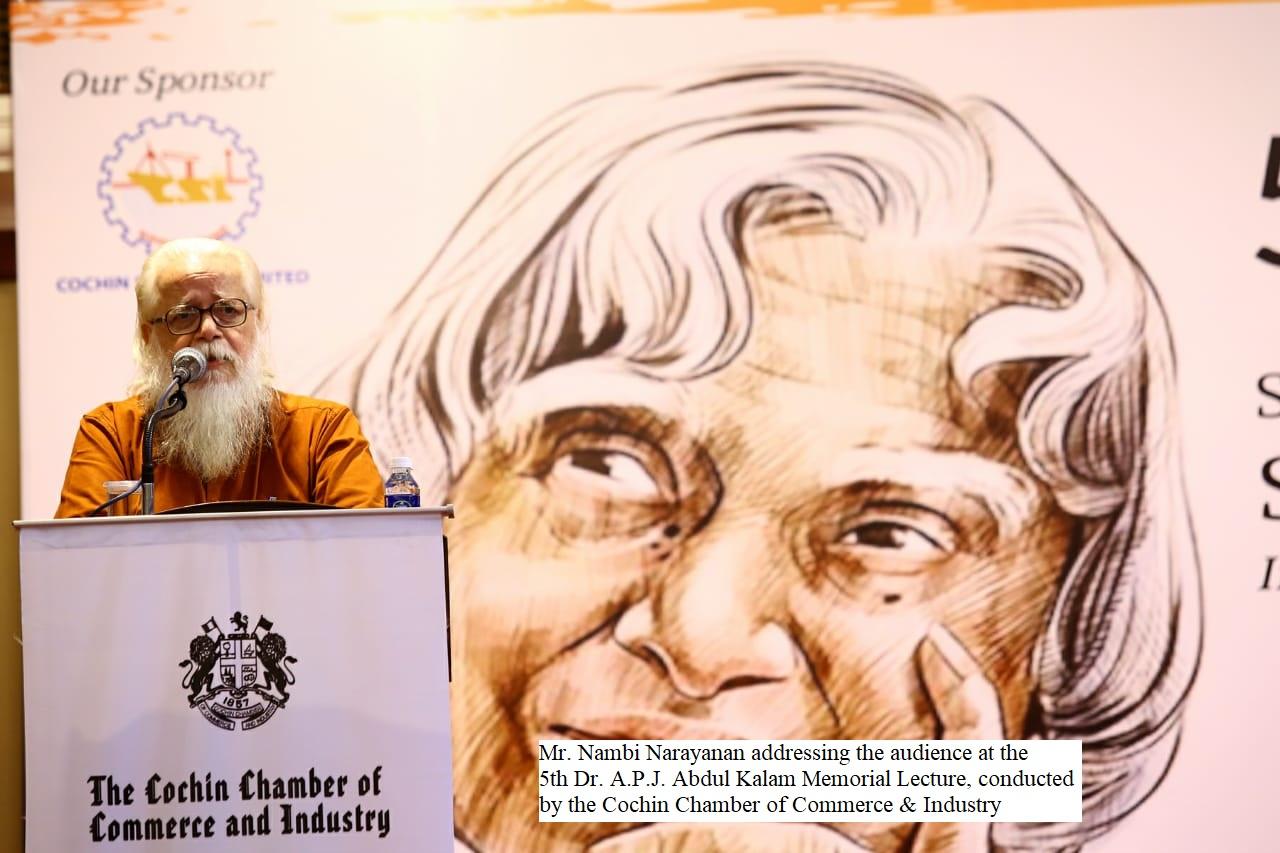 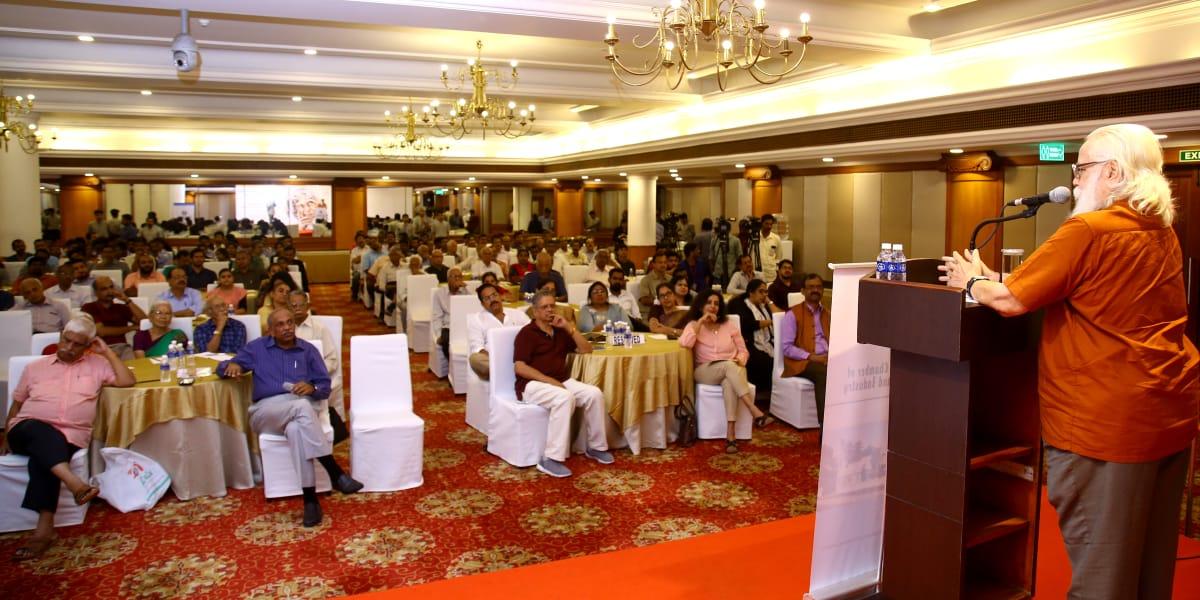 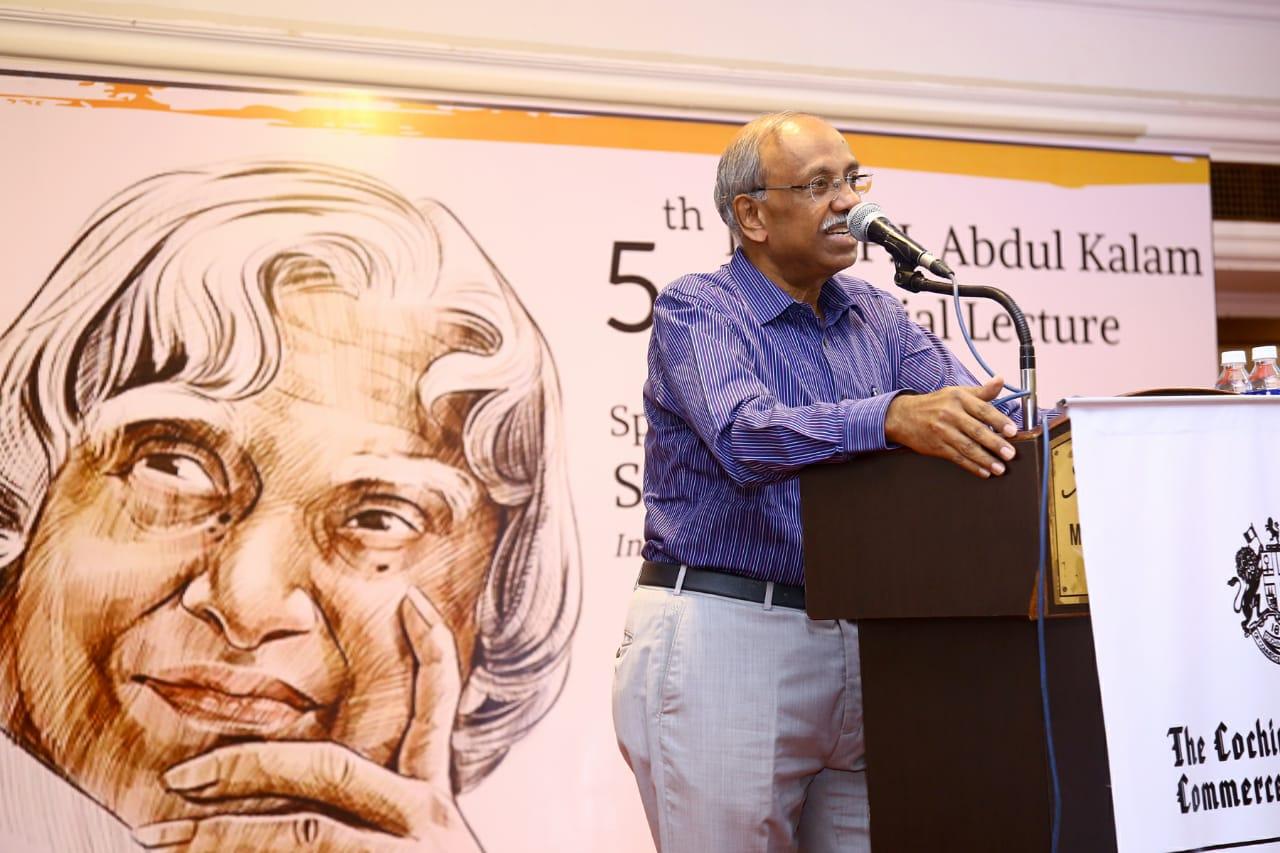 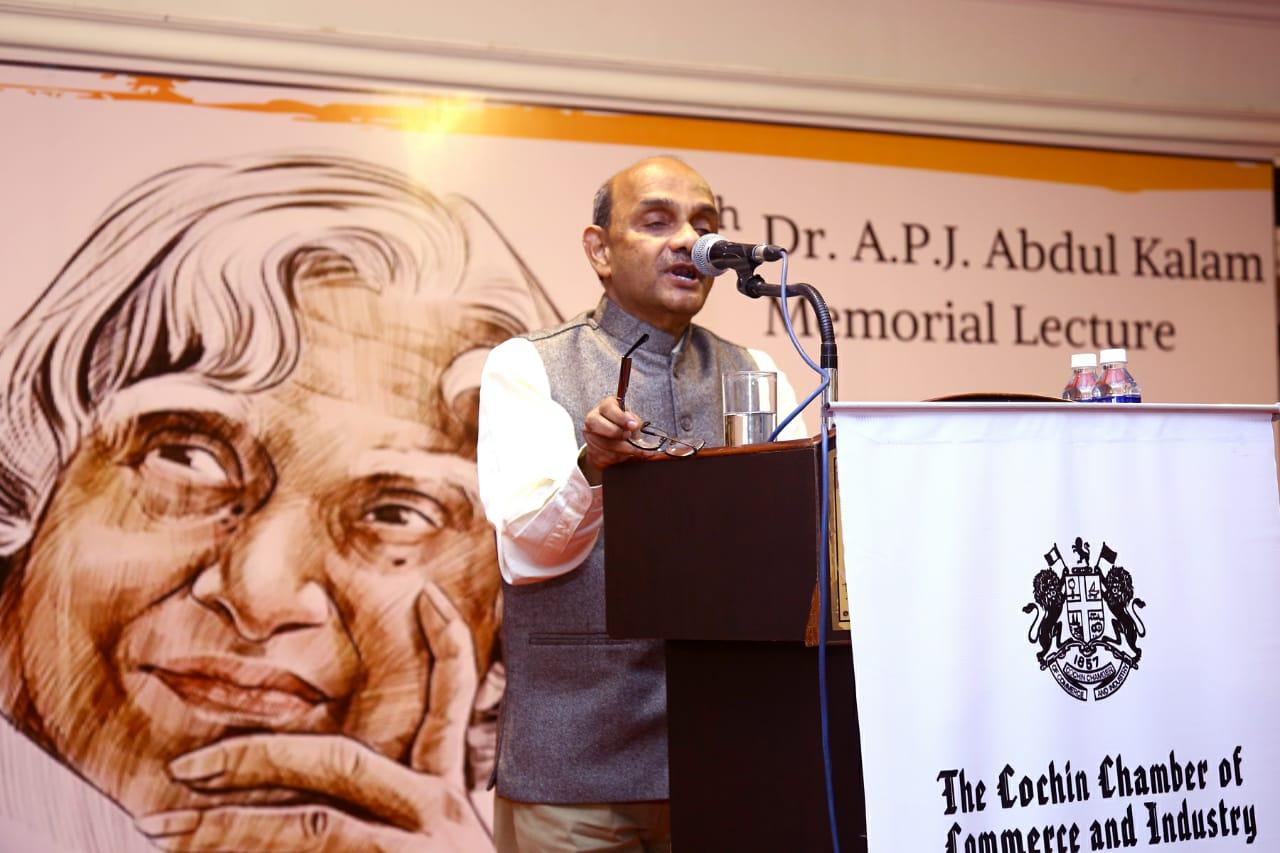 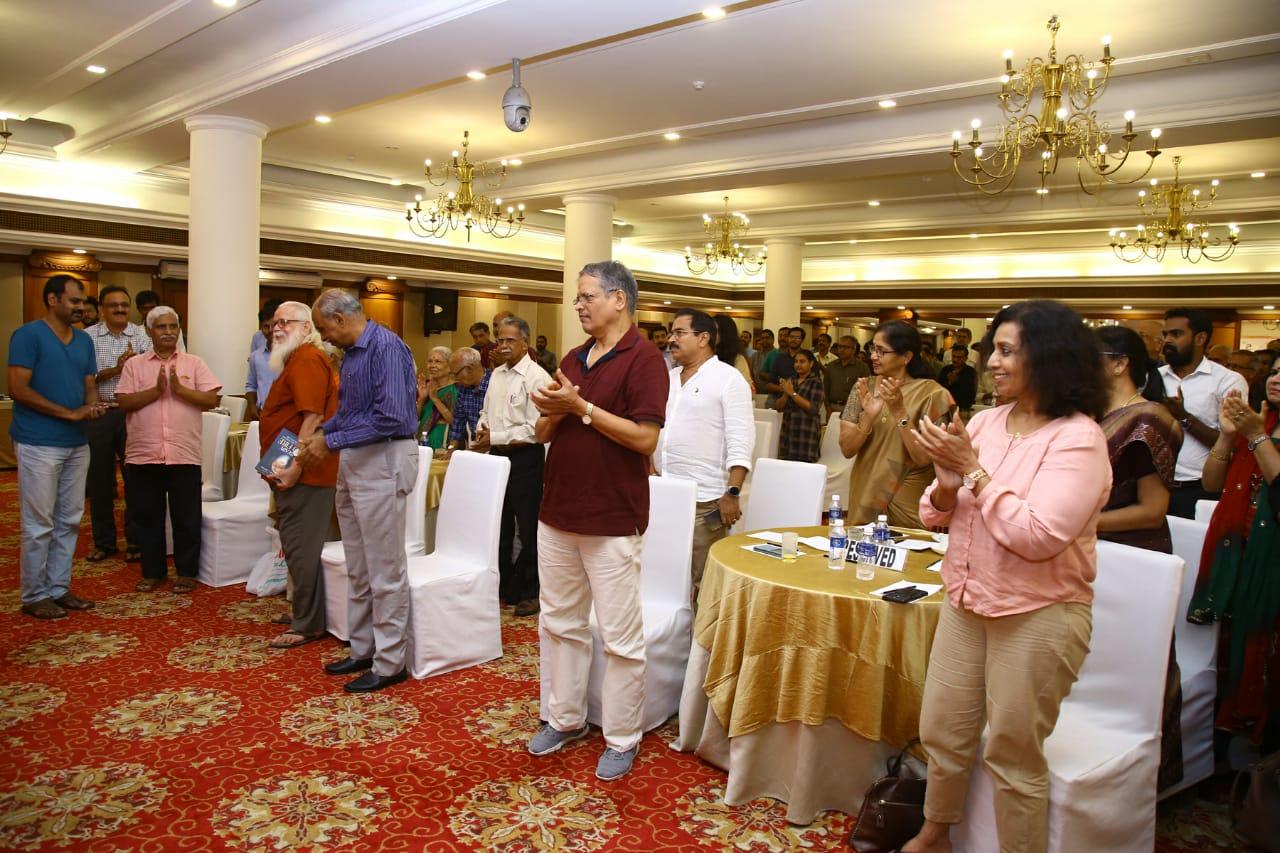 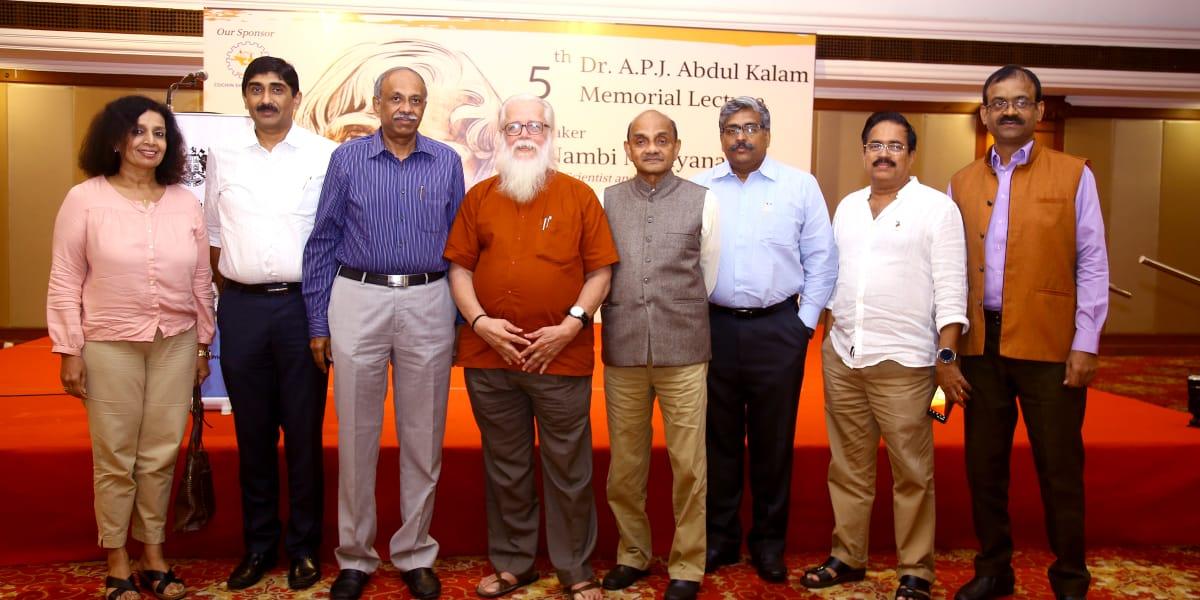 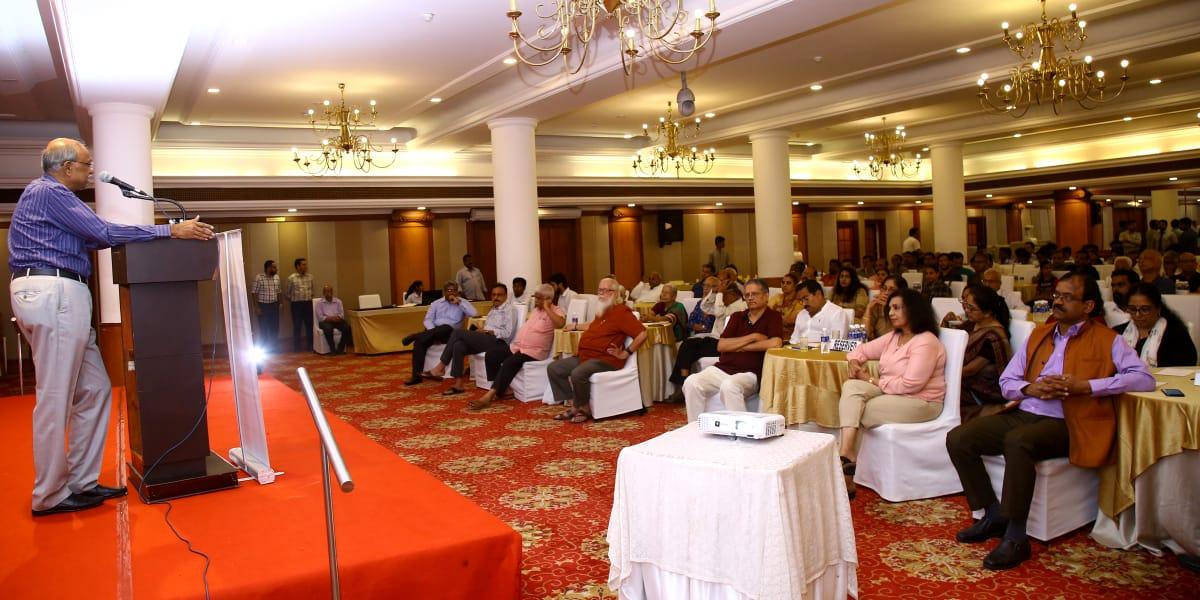 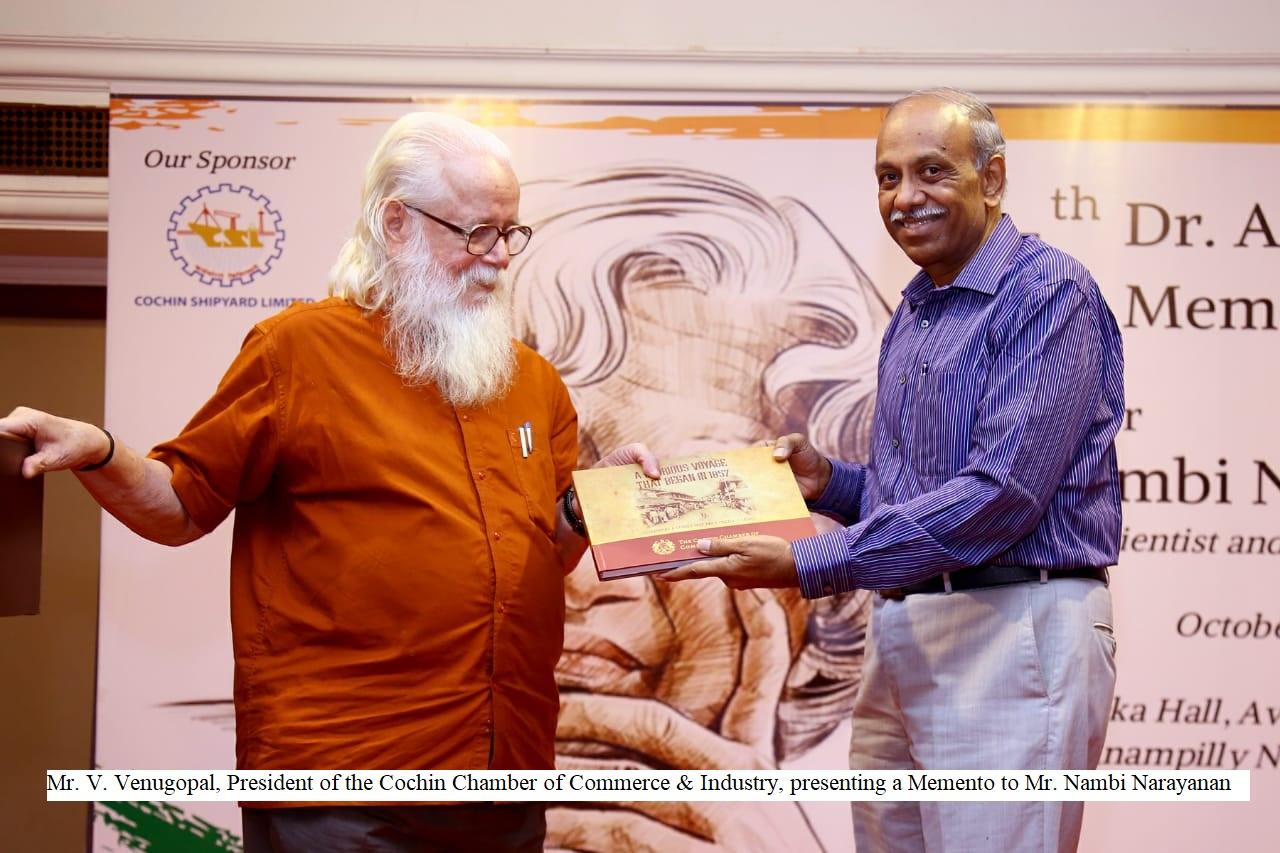 The Cochin Chamber of Commerce & Industry conducted the 5th Dr. A.P.J. Abdul Kalam Memorial Lecture on Friday the 18th of October, 2019, in Ernakulam.

Renowned Indian Scientist and Aerospace Engineer Mr. S Nambi Narayanan was the Speaker on the occasion.

The programme commenced with a Welcome Address by the President of the Cochin Chamber of Commerce & Industry, Mr. V Venugopal.

Mr. V Venugopal welcomed the audience and gave a brief introduction about the Cochin Chamber and the connection that the Cochin Chamber had with Dr. Kalam and why this Memorial Lecture series was started in the year 2015. Later in his address, Mr. Venugopal cited various examples that highlighted the qualities of Dr. Kalam which made him the ‘Peoples President’and the idol that he is today for the people of India.  He also introduced Mr. Nambi Narayanan to the audience.

In his address Mr. Nambi Narayanan spoke about the Rocket Engineering Division (RED) which Dr. Kalam headed in the early days. He said that Kalam was a person of great abilities who could think in ways which no one else could. He outlined the story of the Dreamer 2 rocket which was Dr. Kalam’s dream. Failures never dampened Kalam’s spirits. For him failures were only a reason to try ever harder. Dr. Kalam was a man who thought ahead of his times, preparing for eventualities that seemed far-fetched at that time. Even though his thoughts and ideas that appeared vague and unattainable to his colleagues, they were actually the first steps to where ISRO is today. Dr. Kalam was an inspirational leader, humble to the core and affectionate to even those who did not agree with his ideas.

Mr. Narayanan then outlined his work on the Liquid Propulsion Technology in the early days. He also spoke about the international scenario with regard to space technology and where we stand today. Mr. Narayanan also outlined the strides taken by other countries like the US, Russia etc. in space technology advancements. The US is planning to put a man on the moon once again by 2024 and China plans to do so by 2030. Deep space exploration has caught the imagination of various countries..... moon landings, Mars exploration etc. However, Mr. Narayanan was of the firm view that no one country can do the job alone. He was of the view that countries need to collaborate in space exploration so as to manage technologies and funding issues. He said that in this scenario, an organisation like the Asian Space Agency which he is promoting, will be highly useful in this endeavour. India has the potential to reach outer space with the excellent technology and infrastructure that we have. The potential is huge and needs to be tapped. India cannot afford to be left behind. We need to push forward.

Thereafter, Mr. Narayanan took questions from the audience after his talk.